At The Movies... The Hunger Games Edition

At The Movies... is something I'm trying out. Christmas 2010 I received a subscription to 'The Hollywood Reporter'. It is a collection of entertainment news, reviews, and award spotlights. One of my favorite sections in the magazine has to do with new deals and cast details for pre-production projects. At The Movies... will feature some of the fun info I learn week to week from this magazine and the web in general. Comments in parenthesis are my own opinions. Enjoy!


A quick casting update! Peeta and Gale have finally been cast for the upcoming Hunger Games movie! Here's a quick run down of the three leading characters!


Jennifer Lawrence has been cast as Katniss. 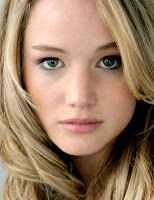 Josh Hutcherson has been cast as Peeta. 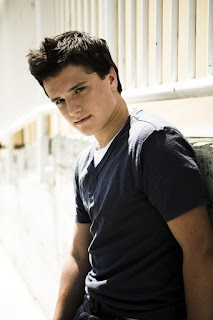 Liam Hemsworth has been cast as Gale. 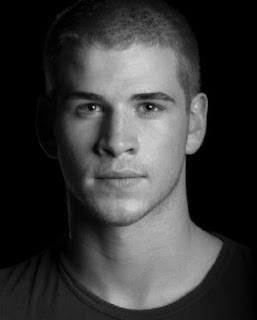 Producers have gone on to defend their decisions here on the LA Times website.


I hear a lot of negative feedback is being tossed around about the casting of this movie. However, I disagree. I think this is a fine cast of actors. One thing I think people are forgetting is the magic of the make up and hair people. Just because actress Jennifer Lawrence is a blonde now, it doesn't mean she'll be a blonde in the movie.  I won't even comment on the silliness of those saying she has the wrong complexion... That all being said, I haven't seen her act and that is what worries me most. I hope she can pull off Katniss properly!!


I love Josh Hutcherson as Peeta. Even when he was in 'Zuthera' or the train wreck that was 'The Vampire's Assistant', you could tell he could act. This just might be his time to shine! Plus, it helps that he seems to like the books and character already.  I think he'll be a great Peeta!


Oh, Gale... Sorry, but you were never real competition (in my opinion)!  I've never seen Liam Hemsworth act, but honestly, he definitely looks the part to me! (Why did Miley C. break up with him????)  It seems I wasn't too off the wall with my fantasy cast when it comes to Gale, however, as Paul Wesley and Liam Hemsworth have very similar looks!


Now let's hope we see Robert Downey Jr and James McAvoy in the next casting notice!!!


What are your thoughts on the leads of 'The Hunger Games'?
Posted by Brooke at 1:50 PM

Labels: At The Movies

After having a little time to think about it, I'm really happy with the casting. It seems they went in favor of acting skills rather than exact physical matches, which I think is really smart. I mean, how awesome is it that we get an Oscar nominated actress to play Katniss? And I agree that Josh Hutcherson is a great actor. I don't understand why there's so much backlash against the casting. I'm thinking this movie is going to be pretty great!

I think initially I didn't really like Josh Hutcherson because he looked so young, but I have to say the idea of him as Peeta is growing on me...a little.

On thehoborg.blogspot.com, there's a great fan-art pic of him with blond air and blue eyes. It makes his part look believable! Either way- I can't wait for the movie to come out! Holla!