Back in 2009, movie production company Lionsgate bought the rights to a book called 'The Hunger Games' vowing to make a movie trilogy once the three book series was released. Now that all three books are out, they can get to making it. 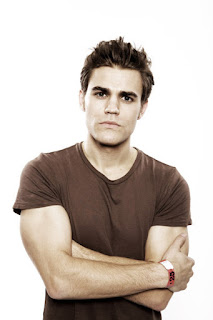 I adore Paul Wesley.  He fell on my radar when he starred in the ABC Family mini-series 'Fallen'.  If you haven't seen it, check it out!!!  Anyway, he seems like a pretty perfect Gale.  Strong, manly, and hot.


Elle Fanning (credits: Because of Winn-Dixie, Astro Boy) as Prim: 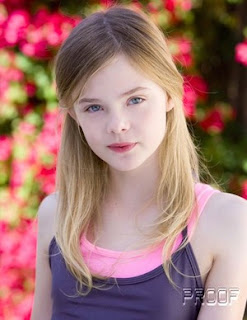 Dekota Fanning is too old to play Prim, so the role has to go to her sister, Elle.  If she has even half the talent of her famous sister, she should be able to pull at our heartstrings in the role of Prim!!! 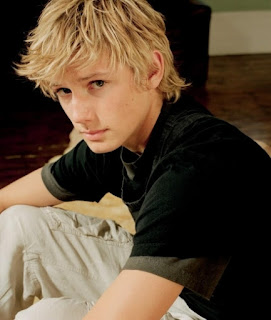 I'll be honest here... I haven't seen this kid act yet.  He just really looks like Peeta and I think he'd match up pretty well to my Gale. 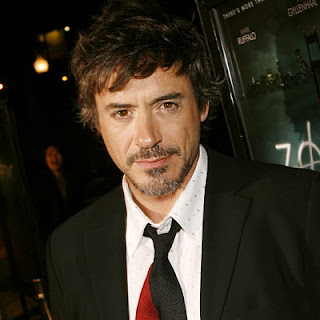 The actor who plays Haymitch needs to have the ability to make us love him, even with his addiction to the bottle.  Robert Downey Jr. could totally do that. 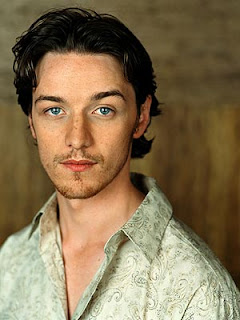 Oh, James McAvoy, how I love thee.  Really, he's talented and pretty.  Those are two things an actor playing Cinna needs to be!

And playing the title role of Katniss?  In my opinion, it should go to an unknown or at least relatively unknown actress.  Bring in someone we viewers won't associate with any other major roles; someone who the audience will really see as Katniss.  (Not in the crazy way Twilight fanatics see Kristin and Rob as Bella and Edward, but in a less obsessive sort of way!!  Sorry, Twi-hards, you have to admit, asking someone to 'bite' you or 'growl' at you at a signing is weird!)

So there you have it-- my 'Hunger Games' movie cast.  Agree?  Disagree?  Let me know!  Remember, keep comments spoiler free!!!
Posted by Brooke at 12:21 AM

You should really be a casting director, those are great picks. I agree about Katniss. They should have some type of national search. Try to find some unknown, fresh face. but these picks are all spot on.

Elle Fanning is a really popular choice for Prim and one that I really like. Great list!

Melissa- I would love to be a casting director. Really. I've even interned at a casting agency once. Thanks for stopping by!

Anjohnston- Elle just has the look and acting chops to pull of Prim so well. Thanks for stopping by!

I also agree that the casting of Katniss should go to a lesser known actress. I will be so bummed if they give that role to Kristen Stewart. She's Bella NOT Katniss!

Rowena- It's my opinion that Kristin Stewart should stay away from acting all together. I hope they aren't really considering her for Katniss!!

Alex Pettyfer always was my first choice for Peeta! :D
But I think Gaspard Ulliel would make a better Gale! :D
I also agree with the others about having a nationwide search. I don't think any famous actress really has that Katniss factor in their faces.

o my god this is perfect!!!!! I LOVE ALEX PETTYFER! ive been saying all a long that he would be a perfect Peeta. this is an amazing cast except for cina... i would choose someone else.

I think this is an amazing dream cast. Especially you choice of Alex Pettyfer!!! SO HOT!!

Natsumi- I have to agree that Gaspard Ulliel is the perfect choice for Gale. He has just a goregeous face. Can you imagine him pissed off? Or protecting Katniss? Or out hunting and concentrating? soooo sexy

*I have to agree with most everyone else they just have the abilty to be the character. When I saw Elle Fanning I went OH! Its Prim!

I really think that is a great cast! I might think someone different for gale but everyone else is perfect!!! And I totally agree that they should pick someone brand new or an actress no one really knows well to play Katniss. (:

Alex and Elle are perfect as Peeta and Prim! ;)

-drools- I'm already team Gale. But if you had Paul Wesly as him? I'd be him ALL THE WAY. And I do think the Beastly guy is going to be Peeta. I think that is actually happening. Madison Pettis would be amazing for Rue though, she'd be perfect!

These are great picks for the roles in the Hunger Games!! All of them are great!! :) I also agree that Katniss should be played by a new or relatively new actress. I think the girl who should play Katniss should be Danielle Churchran. She stars in a video on YouTube as Katniss and in my opinion, is perfect for the role. Her video is titled "THE HUNGER GAMES: KATNISS AND RUE" and is very well done.

Anon- I have no idea who I'd cast as Finnick. I left him out on purpose because he wasn't in the original book (that I remember!). Definitely someone good looking, charming, and muscular!

Thanks for checking out the blog!

I totally agree about the Katniss thing, and Alex Pettyfer is my number one favorite as Peeta. Too bad Josh Hutcherson might get the part.

i agree! those people are perfect. no way should josh be cast as peeta. he looks like a ten yaer old.
they better not ruin the books with the movie like they did with twilight.