I'm re-watching all the Harry Potter movies as a lead in to the final film July 15th.  This post is dedicated to the movie adaptation of 'Harry Potter and the Sorcerers Stone'. 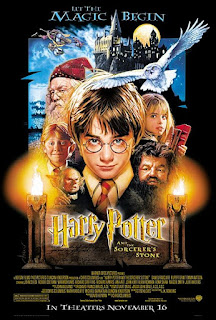 My earliest memories of the film are watching the pre-release clips of the mail scene with the Dursleys and Harry. I think I had that entire scene memorized by the movies release!  As with all the Harry Potter films, my original viewing was in the movie theater, sometime during opening week.  There are certain series you need to see in the theater, and this is one of them! 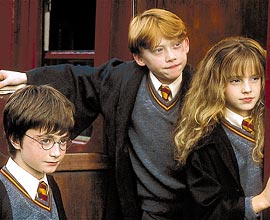 That Could Have Been Better:
Now, it's your turn.  What are your favorite scenes in this first movie in the Harry Potter series?
Posted by Brooke at 8:53 AM