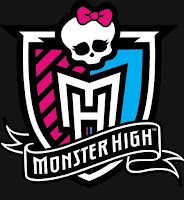 Have you heard about 'Monster High'? Some would call it a super cool line of dolls out by Mattel. Others would say it's a fun new book series by Lisi Harrison. Another would exclaim that 'Monster High' is a fantastic cartoon aired on the web and on Nick. All three would be right. Mattel has done magic with this 'Monster High' line.


You would think, well, this is a a book blog. Let's see the book review. Well, to be totally honest, I tried to review just the book and failed. Miserably. I kept referring to all the other elements involved in Mattel's crazy (fantastic) marketing plan. So, here is my solution to the problem. I've split this up into three portions and will be sharing my thoughts on the entire 'Monster High' universe. 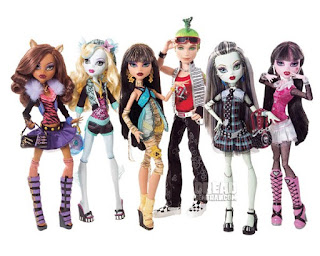 The original doll line, officially launched in July 2010, featured 6 dolls (5 females, 1 male). Although a second wave has been released (Dawn of the Dance- including three re-release dolls) and a new beach themed line (Gloom Beach) is on the way, the original wave is still hard to find in stores.


I personally own only two of these dolls--Frankie Stein (the exclusive hard to find grey-scale version) and Lagoona Blue. Complaints? None. Well, no, that's not exactly correct. My only complaint is that they're so hard to find in stores. Merciless ebay sellers (*cough* scalpers *cough*) are buying these up and selling them for way more than Mattel intended us to buy them for. They're nearly impossible for the target market (girls and collectors) to find!!!


I love lots of things about these dolls. First off, the design/character development. Each doll has a clearly defined character. You know who's friends with who, what they do out of school, and even who they are 'crushing' on. In the same respect, each doll has very unique features and face molds. Lagoona Blue, for example, has really popping eyes, I mean, slightly 'fish bowl' eyes. Frankie has scars and bolts all over her. Clawdeen, daughter of the Wolfman, is clearly designed to have some wolf like qualities. None of the dolls in this line can be mistaken for any other unless you really don't know much about the horror genre.


Their bodies are long and thin and are designed so that limbs can pop off, making it easier to change outfits. The bodies are definitely not suitable for those under 3, but like most Barbie type dolls, they are not recommended for those who might still chew or bite their dolls. While they model unrealistic body types, I don't feel this line (or any doll line for that matter) needs to be 100% realistic. (Dolls shouldn't be teaching kids about body image-- parents should... But that's a whole other can of worms!)


I have to give these dolls 5/5 Stars. They rock, truly rock. To quote Jem (of the Holograms), they are truly outrageous.


On Halloween, Nick had a special 'Monster High' event and aired a thirty minute 'special' starring Frankie and the gang. Now, at thirty minutes, it's clear to me that this was not made to only be a one off-- it was totally a test pilot. A few years back, I worked in the 'research' division at Warner Bros. One of our main jobs was to review test pilots. As an intern, I didn't do much of the actual 'research', but I did get to see the whole process. It was actually pretty darn cool. Anyway, I can pretty much see a pilot coming and the 'Monster High: New Ghoul @ School' special was definitely a pilot. 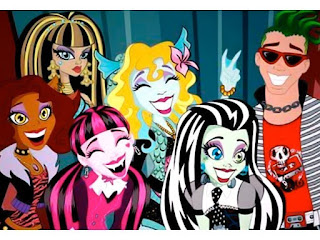 
Were I to rate the special, I'd have to give it 3/5 stars. It was a cute 28 minute pilot and was a good introduction the the concept, but I would have loved to see a bit more story (more like the shorts)!  I would totally DVR this series.

From Goodreads, "They prefer to call themselves RAD (Regular Attribute Dodgers), but some call them monsters. So far, the "monster" community has kept a low profile in Salem, but this year two new girls enroll at Master High School, and the town will never be the same.


Created just fifteen days ago, Frankie Stein is psyched to trade her father's formaldehyde-smelling basement lab for parties and cheerleading. But with a student body totally freaked out by rumors of monsters who might be stalking the halls, Frankie finds that life in the "normi" world can be rough for a chic freak like her." 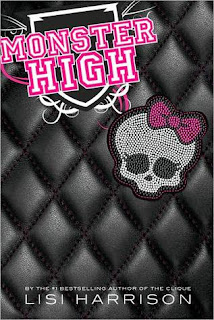 I've never read the famous 'Clique' novels so I can't compare 'Monster High' to those. I found 'Monster High' to be entertaining in a 'fluff' sort of way. Negatives? I don't think Lisi needed to add the human girl Melody to the story or even needed to bring in the 'monsters in hiding' aspect. The story would have been super if she'd just kept the whole 'high school for monsters' sort of thing. Frankie would still have the problem of fitting in, I would assume, because she's pretty unique (being Frankensteins child).


Positives? Surprise, surprise, I loved Frankie's perspective. It was just plain fun! Also, I loved the RAD meetings. Getting to see the monsters in their element was great reading. For those who haven't read about the dolls or watched the pilot, the characters will keep you guessing. There are hints spread throughout the novel on who might be what, but the text will keep you guessing until the big reveal.


'Monster High' gets 3/5 stars. Add a star if you love the Mattel doll line. Melody's storyline bored me a bit, but the young monsters rocked.  I'll be continuing this series and hope to see more of the monsters and their families more in upcoming novels.
Posted by Brooke at 9:24 PM

I have this on my kindle, i picked it up on a whim! thanks for reviewing it ill get to reading it...eventually haha

I wasn't nearly as fond of the book, but I love the fact that there is a whole franchise behind it. Check out my review on amandarosetew.blogspot.com

Thanks for stopping by!